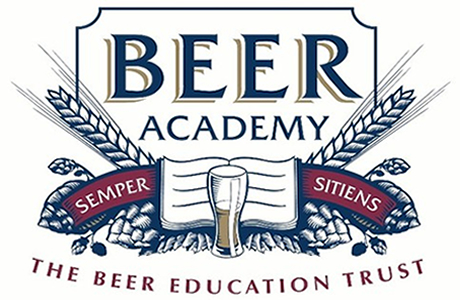 The Beer Academy has made its annual award of “Honorary Beer Academy Sommelier” to recognise two people who have made an exceptional contribution to promoting the public understanding of beer. This year’s recipients are Mark Dorber and Anders Kissmeyer.

Beer Academy Director, Simon Jackson said “Anders and Mark came to beer from different countries and very different backgrounds, but both have had an enormous impact in the way the beer is enjoyed.”

“Anders started out as an engineer before becoming a brewer with one of the world’s largest and most respected brewers, Carlsberg. He left the company in 2001 to set up his own craft brewery where he has tirelessly championed beer and food matching in Denmark. He is enormously generous about sharing his encyclopedic knowledge of beer through his writing, presentations and at the many international beer competitions that he is asked to judge.”

“Mark was a business analyst who left a job in the City of London to pursue his love of beer as landlord of the White Horse on Parsons Green in London. Here he pioneered innovative standards of cellarmanship and took particular pride in training a new generation of beer connoisseurs who can be found managing their own pubs and microbreweries all across the world.

His famous tutored tastings and beer dinners led to the White Horse being a regular on TV, radio and the national press – and prompted legendary beer writer Michael Jackson to dub it “Beer Central. His new pub, the Anchor at Walberswick in Suffolk, continues this pioneering tradition.”

“In 2003, he was one of the small band of beer enthusiasts that spotted the need for a “Beer Academy” to increase consumer knowledge of beer. Since then he has been unstinting in his efforts to turn this dream into reality; only retiring from the Board last year when the Beer Academy was well established as one the world’s leading providers of beer education”

Simon adds “Mark and Anders have been two of the greatest advocates for beer training; harnessing their enormous knowledge of beer to encourage people to look at beer with fresh eyes. I can think of no more deserving candidates to receive to the Beer Academy’s highest honour.”