Warning: Use of undefined constant WOOCOMMERCE_VERSION - assumed 'WOOCOMMERCE_VERSION' (this will throw an Error in a future version of PHP) in /homepages/45/d105105863/htdocs/live_craftbeersorguk/wp-content/themes/inovado/functions.php on line 405
 Bru Haroo! – CIDERDOG festival at the Miller, London
Call me: (+44) 7880 737515
Bru Haroo! Posts
Bru Haroo! / Events / CIDERDOG festival at the Miller, London 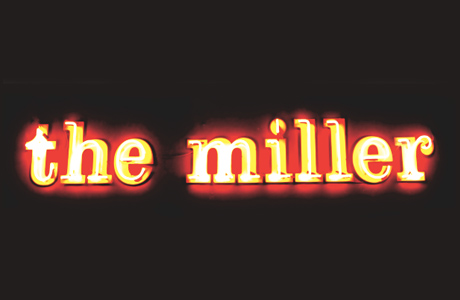 CIDERDOG festival at the Miller, London

Details: Following its recent re-launch, The Miller is excited to announce a real ale, cider and perry festival on Saturday 27 July. The festival will feature cider, perry and ale from over 50 different producers. All of the South London microbreweries will bet showcased including Kernel brewery, Partizan brewery and Sambrooks brewery, with ciders and ales only £2.50 a pint.

Food will be provided by Street Kitchen who are permanent residents in the Miller kitchen. Their hot dogs and ‘slaws have been garnering acclaim and winning fans, with Time Out praising their ‘smart hot dog menu’. The Ice Kitchen will be on hand to offer dessert in the form of their delicious and unusual ice lollies. Gaz’s Rockin’ Blues and Solid Steel Band will be entertaining guests throughout the day with a selection of summery tunes.

The Miller re-launched in May 2013, from the team behind much loved east London pub The Sebright Arms. After undergoing a series of renovations, The Miller re-opened with a new PA system, a new collaboration with the award-winning Street Kitchen, and an impressive range of farmhouse ciders and craft beers.