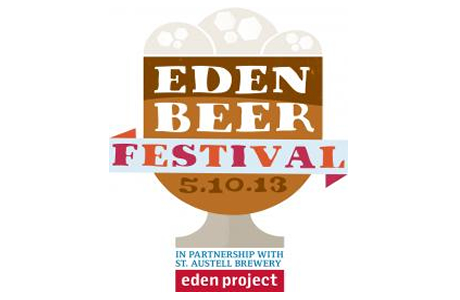 Details: The Eden Project, in Cornwall, is celebrating beer, wine and cider all this week, culminating in Eden’s biggest-ever beer festival on Saturday 5th October

The fermenting fun is all part of Eden’s harvest season, which is celebrating the best of food and drink until October 13. The beer, wine and cider week is being run in partnership with St Austell Brewery.

The week features talks and tastings hosted by some of the country’s top drink experts, including top beer sommeliers and experts from Healey’s Cyder, Skinner’s Brewery, the Harbour Brewing Company.

On Saturday, Eden’s biggest ever beer festival kicks off, featuring nearly 100 beers, including The Celt Experience’s Golden, which won the gold medal in this year’s SIBA Wales and West Region Beer Competition. Also featuring will be Hop Back Brewery’s Taiphoon, the silver medalist in this year’s bitter category of the Great British Beer Festival, and Forge Brewery’s Discovery, the overall champion of SIBA’s south west regional competition last year.

St Austell’s Korev Brut will also be making an appearance at the festival. It is brewed stronger and re-fermented in the bottle with Champagne yeast like (Curious Brew) to make a unique and distinct version of the brewery’s popular lager.

While some of the beers will be available at Eden throughout the week, many of them will be exclusive to the festival.