I love this ale – it’s a true craft beer. A long and complex brewing process with 6 varieties of hops ends up creating a magnificent brew.

It pours a clear copper coloured body with a small to average and partially persisting head.

There are very pleasant aromas of peaches, apricots, and oranges mingled with a caramel sweetness.

It’s of course very strongly hopped giving a taste of mild grapefruits and peaches offset by sweet malts and a final blast of sharp bittersweetness. 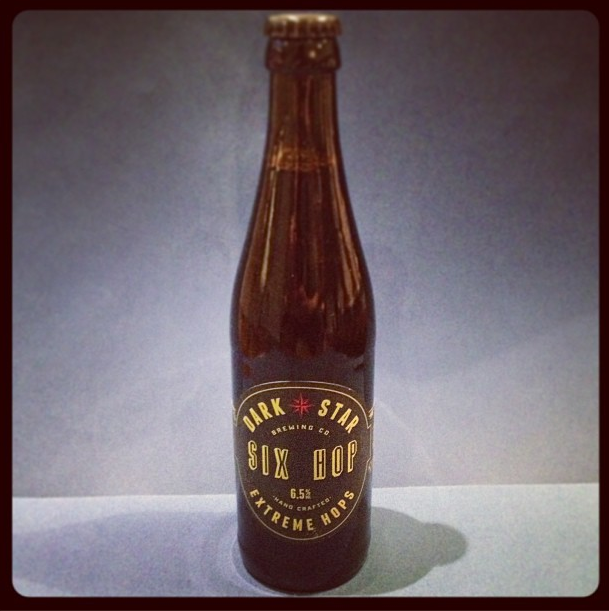 Six different varieties of hops, used during six stages of the brewing process by six brewers… It’s a beast of a beer.6.5% ABV

For those of you who haven’t had the beer, it’s a 6.5% beast in the vein of American IPA’s, copper in colour, with a serious amount of malt and hopped to buggery with Cascade, Citra, Centennial, Simcoe, Columbus and Amarillo. There are 4 kettle hop additions, a massive whirlpool addition and an even bigger dry hop addition after fermentation, stretching the hoptimiser to it’s limits.

The beer was sent down to be bottled by the excellent team at Bath Ales. I picked these guys because of their fantastic bottling set up, quality control and general all round attention to detail. The beer has been filtered but not pasteurised, thereby giving stability but preserving as much hop aroma as possible.

I took a few samples off the bottling line and am really pleased with how it’s come out – it’s fresh tasting whilst maintaining the complexity of the cask version. The cases will be in stock at the brewery as of today – I hope you like it!