My head was sore from the previous night’s cocktail frenzy – but spurred on by the glorious sunshine (a pleasant rarity for us Brits) I got up early and drank some strong coffee to help start the recovery.

By now I understood that Lisbon was not going to offer up any decent beer (and to be fair I was never expecting a Prague or Bruges type trip of beer discovery). The night before, there was certainly no evidence in the multiple bars of any local craft beers or artisan brews. So I decided to just accept the facts and instead relax and enjoy the sights, sounds and smells that Lisbon has in abundance.

Suddenly and without warning she read from the book: “Over 175 years old, the Trindade Brewery is the oldest in Lisbon and Portugal – run by Trappist monks and located near the Bairro Alto district – here you can enjoy delicious shellfish and crab served on wooden boards washed down with their wonderful Blonde and Brune beers”

I could barely contain my excitement or get out of the deck chair.

At about 9pm we ventured to the Cervejaria Trindade. On entering the establishment we could see vast dining halls with authentic and old decorative tiled walls with large banners hanging from the ceiling proclaiming the brewery was over 175 years old. There was also already a queue of Portuguese and with all tables occupied we were advised we would have to wait 10 minutes for one. Meanwhile the queue grew even longer behind us – so even with the inconvenience – it was a good sign that we may be onto something here.. 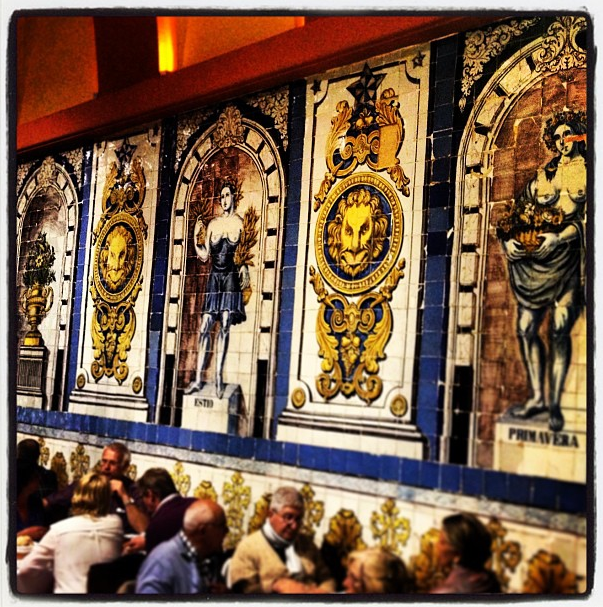 There was an abundance of spiel about the monks and the brewery on glossy leaflets, in every European language, that we could digest whilst in the queue..

But the warning signs came fast…

The bar next to the queue only had Sagres, Sagres Bohemia and Guinness on tap – hmmn – where were the Trappist local brews? Perhaps there was a special bar area at the back that I could not yet see..

After a 20 minute wait we were ushered to our table. Get me the beer menu! Impatience had set in. The menus arrived… but alas no beers other than Sagres and Guinness – “oh ok maybe the monk beer has its own menu – deservedly so”, I thought. I asked the waiter for it …

The waiter proudly replied there is no brewing here anymore and the monks have long gone – the beer is all made in a high tech factory miles away. A factory that only produces Sagres – may I suggest the Sagres Bohemia? 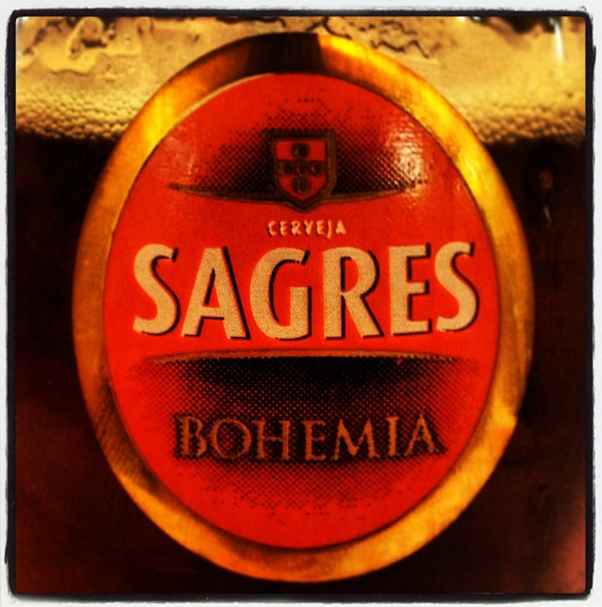 The food was equally disappointing with vegetable soup made with vegetables “hand-picked” from the gardens clearly having been poured from a plastic container – some of which remained in my soup. The mains were equally canteen quality.. So be warned, ignore the guides and web sites that recommend a visit here – you will be equally disappointed and hoodwinked – Epic Fail as they say!

An hour later we ventured back on the Bairro Alto area and began knocking back the cocktails at a rate capable of banishing the disappointment of dinner and turning around the evening into another triumph – so when in Lisbon do as the locals do….

The final day arrived – my wife and I ventured to a food and drinks Sunday market in the Rossio district set up in a square called Praça de Dom Pedro IV. 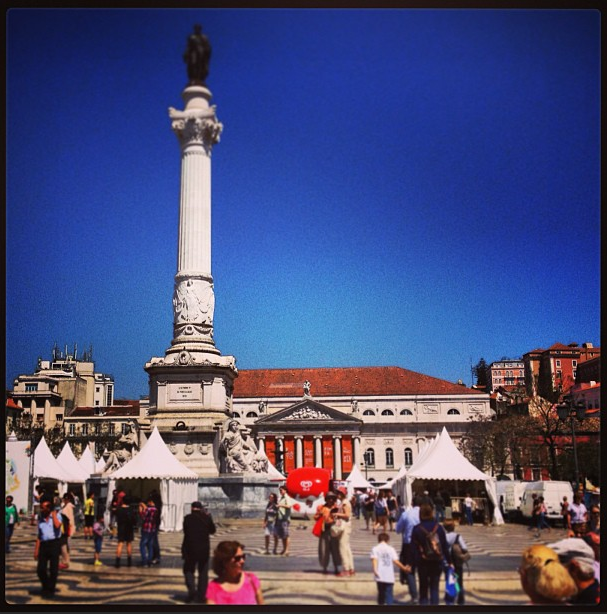 There wasn’t much that drew our attention and there was no real comparison to a good artisan farmer’s market over here. The market was a little contrived and felt almost corporate. There was one highlight though. I finally discovered the best beer in Lisbon – bizarrely at a specialist Chocolate store – it of course wasn’t actually Portuguese! 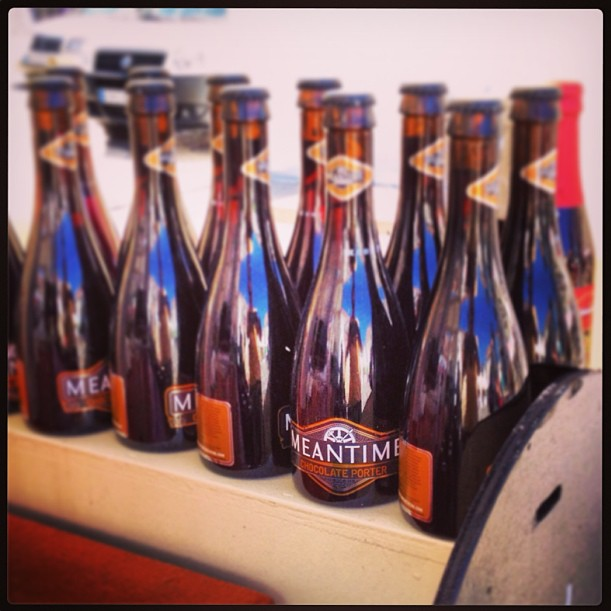 Good old Meantime’s Chocolate Porter had made an appearance to save the day – Craft Beer does exist in Lisbon – Haroo!