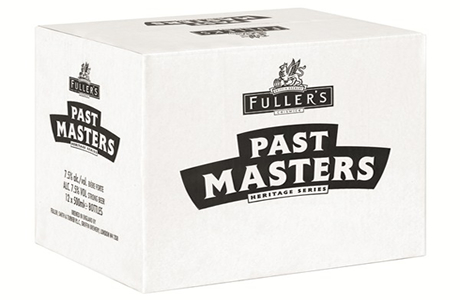 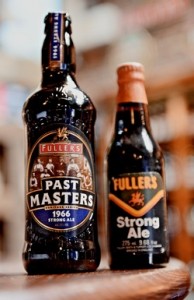 Fuller’s, London’s only remaining traditional family brewer, has delved into its history of brewing in the capital to produce a fourth beer in its Past Masters range of ales.

Past Masters 1966 Strong Ale, which is 7.3% ABV, has been recreated by Fuller’s master brewers to a recipe that dates back to the year of ‘flower power’, The Beatles and a certain successful football tournament.

Fuller’s head brewer, John Keeling said: “Strong Ale is a great and original style beer, which truly gives us a taste of the past, rekindling memories of when England lifted the World Cup at Wembley. We are so lucky to have all of these fantastic recipes written down by my brewing predecessors. Importantly, we recreate the ingredients and processes to follow the recipe as closely as possible. It really is a glimpse into our unique brewing history.”

The Fuller’s brewbooks have recorded each beer ever brewed in such meticulous detail, that the temperature was 56 degrees Farenheit at 6am on the day of the first Strong Ale brew, Monday 20 June 1966.

Past Masters Strong Ale is on limited release from Fuller’s Brewery Shop in Chiswick and from the Fuller’s online store at £4.50 per 500ml bottle.

Only 126,756 individually numbered bottles of Fuller’s Vintage Ale have been produced and are now available from Fuller’s Brewery Shop in Chiswick, online by clicking here and across selected Waitrose, Sainsbury’s and EH Booths Stores. 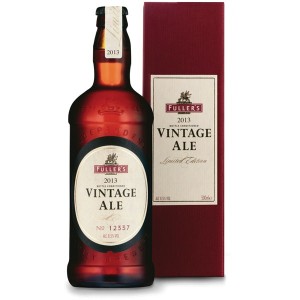 The 17th edition in the range, Fuller’s Vintage Ale 2013 (8.5% ABV) is carefully brewed using the finest winter barley variety, Pearl, which is specially floor malted for Fuller’s by Muntons. Combined with award winning spicy Admiral and fruity Sovereign hops, this winter ale offers a deep, rich, stone fruit palate, overlaid with cinnamon, pineapple and marmalade notes. The finish is warming with a little spice note from the Admiral hops leaving a velvety after-palate.

Fuller’s head brewer, John Keeling, is very pleased with this latest incarnation of the special series. He said: “The early tasting notes for this rich brew are already revealing another genuinely tantalising vintage beer.

“As a truly distinguished bottle-conditioned ale, each vintage improves in the bottle with time. Bottle conditioning means that a little yeast is left in the bottle, which will mature slowly over the years like a fine wine or whisky — well beyond the ‘best before’ date that we are obliged to state (we think it should read ‘best after!’).