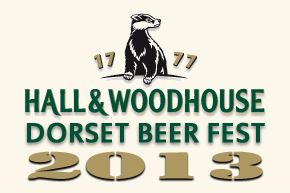 Details: Hall & Woodhouse, brewer of Badger beers, is hosting a Beer Festival on Saturday 5 October 2013 at its brewery in Blandford to support national Cask Ale Week and raise funds for Macmillan Cancer Care.

To celebrate this event Badger’s Head Brewer Toby Heasman and his team will be brewing a variety of cask beers especially for the event, some of which have never been available on cask before. Other local breweries and friends of Badger such as Piddle Brewery, Palmers, Sixpenny Brewery, Otter Brewery, Small Paul Brewery, Corfe Castle, Dorset Brewing Company, Isle of Purbeck, Hopback, Keystone, Sunny Republic, Yeovil Ales, Timothy Taylor and Westons Cider have all been invited to bring their beer to the festival. In addition, for those feeling adventurous, award-winning mixologist Nick Strangeway will be hosting the recently launched Badger beer cocktail master classes, to show how Badger beer can be given a little “twist” at home.

Commenting, Toby Heasman, Head Brewer says, “We’re really looking forward to the beer festival and joining forces with so many other local brewers to bring an exciting day out for local beer lovers. It will be great to have so many of our beers on cask for the first time and I understand that the music will be great fun.”

On the day there will be plenty of beer festival favourites: new and exclusive Badger beers, music from local bands, and delicious hot food.