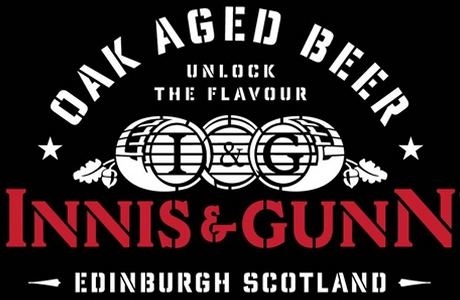 Innis & Gunn is launching two new bottled products into retail this winter as permanent range additions, and has already secured national listings for the innovative brews.

Toasted Oak IPA will join the brewer’s core portfolio as Blonde bows out.  Presented to the on-trade on draught earlier this year, Innis & Gunn Lager is the first release in Innis & Gunn’s new Craft-Brewed collection of unoaked beers.

Packing a major hop punch, Toasted Oak IPA is a triple-hopped brew matured for 41 days over specially toasted American oak heartwood chips, giving it a rich, rounded quality much like an authentic IPA of the 1800s

Known for its innovation in oak maturation, the multi-award-winning independent Edinburgh brewer has developed a pioneering technique to age its beer over oak.  In its Toasted Oak IPA, Innis & Gunn has added three charges of Styrian Goldings and Goldings hops to really build layer upon layer of zesty aroma and flavour and extract all the floral nuances from the hops.

“We add two separate batches of hops during the main brewing process and the third charge is added post fermentation.  The process extracts the maximum flavour from the hops and gives it real depth.  The beer is then finished over toasted oak which lends the rich vanilla tones that our beers are known for.”
Dougal Sharp, Founder and Master Brewer of Innis & Gunn.

Toasted Oak IPA will be available to buy in Asda and Tesco stores nationwide from mid October.

Innis & Gunn Lager is an unoaked Helles-style lager that uses native British ingredients with some Innis & Gunn flourishes.  The recipe uniquely features Naked Golden Oats for a subtle nuttiness and rich mouthfeel, lager malt and large quantities of Super Styrian and Styrian Goldings hops for bitterness and aroma.  The result is a well-balanced lager with a clean, crisp finish.

“Innis & Gunn beers aren’t light sessionable beers so I wanted to give our consumers a refreshing but flavourful lager that would deliver a really rewarding taste experience in the same way they’ve grown to expect through our oak-aged beers.”
Dougal Sharp, Founder and Master Brewer of Innis & Gunn.

Innis & Gunn Lager (330ml bottle) will be sold in Tesco stores across the UK from November.

For the first time in the brewer’s history, Innis & Gunn will be bottling both beers in brown glass: Toasted Oak IPA, to preserve its intense hop character and Lager to create distinction from the core brand. Dougal added:

“Consumers are often bewildered when they see our beer in clear glass bottles but it wasn’t to go deliberately ‘against the grain’ that led us to that decision.  We do regular product testing with leading experts, FlavorActiv, and they have proved conclusively that our beer doesn’t suffer light strike.  With Toasted Oak IPA, however, because of the high hop content, brown glass is essential.”
Dougal Sharp, Founder and Master Brewer of Innis & Gunn.
Craft BeerDougal SharpInnis & GunnInnis & Gunn LagerToasted Oak IPA