Keltek Brewery, based in Redruth Cornwall, has acquired four village pubs across the county as part of an expansion plan.

The multi-award-winning brewer has spent more than £1.6m to purchase and then renovate the Robartes Arms in Illogan, the Coppice Inn at Lanner, the Fox & Hounds in Scorrier, and the London Inn at Summercourt.

With pubs failing every day across the country, Keltek founder Stuart Heath has taken a significant risk but he strongly believes it’s time to launch a fight back by re-establishing local pubs as the heart of their communities.

“Pubs have always been a central part of my life. Whenever I’ve needed anything from a plumbing job done to having my car fixed, in the past there’s always been someone from the pub I knew and trusted. I can imagine a much emptier life without a local pub and many communities have been losing theirs. The idea of celebrating and supporting local pubs which really serve a key role in their surrounding community is very important to me.

“I truly believe in a successful and prosperous future for well run and attractive pubs that are there to serve local people so I want to turn back the clock and, once again, give landlords the opportunity to be able to make a profitable living from running their local.

“One of the ways we intend to achieve this objective is to take a landlord-friendly approach to supplying the pubs and avoid the kind of profiteering that has recently been hitting the headlines. Thus, although the pubs are tied to our brand, we’ll be selling our real ales to our tied estate at a similar competitive price to those at which we sell to freehouses and clubs. This will allow our landlords to be both very competitive and make a sensible and reasonable profit on their beer sales. Beer swaps with other breweries up country are another way in which we can keep prices competitive whilst offering a wider choice of ales in our pubs.”

“This is very much a cause which is close to my heart and I am passionate about supporting local traders who give back to their communities.”

All four pubs will of course stock the full range of fantastic Keltek beers. 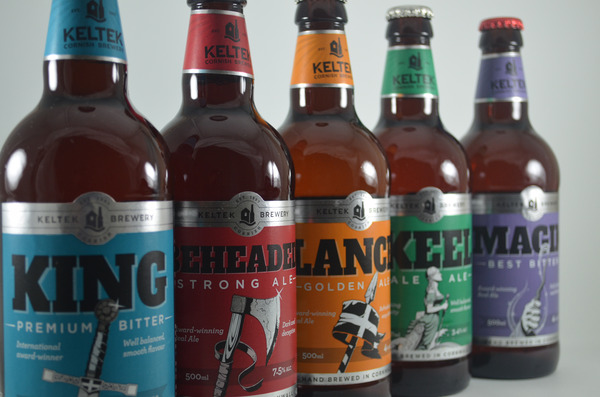 The brewery started life in a small stable on The Roseland peninsula and for years was run by Stuart as a hobby rather than a business venture. However, after winning gold for his first brew, a craft ale named Kornish Nektar, the brewery relocated to a larger plant in Lostwithiel in 1998. More awards followed, including Gold in the UK National Brewing competition – and with increased demand off the back of such accolades, the brewery relocated to even larger premises in Redruth where it has high tech bottling and processing equipment and ranks as one of the largest breweries in the West Country.