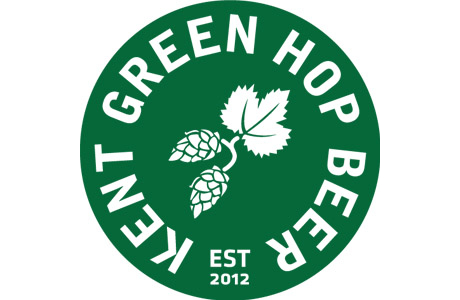 Details: Kent brewers have been competing to make the fastest, freshest and most flavoursome beers for Kent Green Hop Beer Fortnight – which begins at the end of next week.

Old Dairy Brewery, in Rolvenden near Cranbrook, was the first to brew on 30th August and The Canterbury Ales was fastest – getting its fresh hops from bine to brew in just an hour and forty minutes, in a remarkable one-man brewing achievement.

But it’ll be up to beer drinkers to decide which is most flavoursome. They’ll have the chance to begin the tough task of comparing one beer with another when the Fortnight launches at Canterbury Food & Drink Festival on Friday 27th September. It will be the only time all the beers will be available simultaneously in the same place, but there will also be plenty of opportunity to drink them at the county’s pubs.

Despite brewers’ excitement it’s been a somewhat difficult season for the county’s hop growers. A long, cold spring followed by a late, but hot and dry, summer has meant smaller yields than last year – but experts say the hops are of very high quality.

“The main factor has been that – in many cases – the spring weather meant hops didn’t climb as quickly as they normally would. So the plants never produced enough of a framework to support a large crop,” says Dr Peter Darby of Wye Hops Ltd – a research centre for the British Hop Association.

He added, “The drought which followed meant they weren’t able to catch up. However, there were high numbers of cones (hop flowers) and less leaves than usual which made for a fast and productive harvest.”

Most of Kent’s hops are destined to be dried for later use but the county’s brewers rush to get hold of the first fresh hops of the harvest to make Kent Green Hop Beer which has lighter, fresher character than traditional dried hop brews and which many think of as the ale version of Beaujolais Nouveau wine.

Kent Green Hop Beer Fortnight was founded by the county’s brewers last year. This year’s two-week celebration includes a new brewery Open Day (on Sunday 6th October) featuring five East Kent breweries and giving people the chance to have a beer with the people that make it.

For further details of the Fortnight visit the web address below.