Two neighbouring Cornish institutions have teamed up for the first time and have launched a new beer to celebrate the partnership.

St Austell Brewery and the Eden Project have launched Eden Pale Ale, a draught beer which is spiced with saffron and alecost, a natural herb that was used to flavour beers in the 16th century and which is grown at Eden.
​ 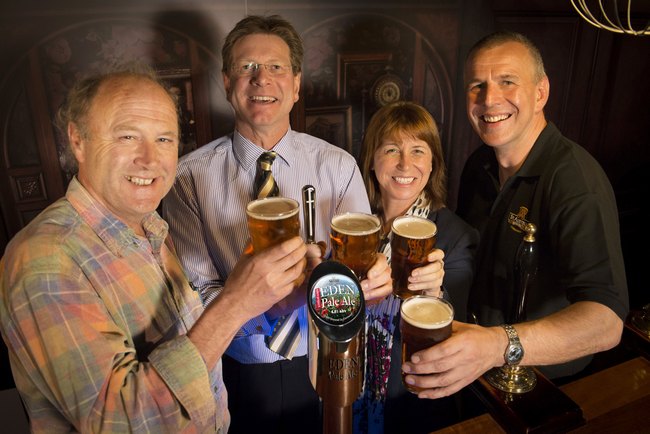 The three-year sponsorship deal means that St Austell Brewery beers, ciders and lagers will be stocked exclusively in bars and restaurants on the Eden site at Bodelva.

Customers will have the first chance to taste a test brew of Eden Pale Ale at this week’s Royal Cornwall Show where it will be on sale in the St Austell Brewery Bar tomorrow.

Eden Pale Ale is brewed with a blend of British malts plus continental and new world hops and will be the first of a portfolio of Eden-inspired beers to be developed.

“We are delighted to be working with Eden on this exciting collaboration. It seems a very natural partnership between such close neighbours.

“Eden Pale Ale will be an excellent addition to our range in the exciting new craft beer market and we look forward to developing a selection of Eden-inspired beers using ingredients grown just down the road at the famous attraction.”

“Eden and St Austell Brewery are raising a glass to what feels like a partnership that has been waiting to happen for a long time.”
Gaynor Coley, executive director of the Eden Project