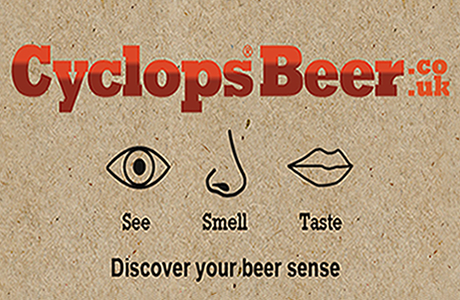 Research revealed by Cyclops Beer yesterday clearly demonstrates that brewers and licensees can do much more to encourage drinkers, especially younger drinkers, to try real ale in pubs, simply by providing tasting notes on the bar.

Simple tasting notes, such as those provided by Cyclops Beer, which explain what a beer looks, smells and tastes like, would be welcomed by drinkers, especially those aged 18-34. Within this group 37% thought tasting notes would help them to try real ale. At a time of declining beer sales, with beer down 7.9% in 2012, this could help to tip the market in favour of cask ale and represents a real opportunity for brewers to encourage trial amongst younger drinkers.

This research, which was carried out over the summer, asked a group of drinkers who hadn’t tried real ale whether tasting notes on pump clips or handpumps in pubs would encourage them to try it. The results clearly show there is an appetite to find out more about real ale especially amongst younger drinkers with 26% of all drinkers welcoming tasting notes and 37% of those aged 18-34.

Occasional real ale drinkers would also find it useful with 71% saying that tasting notes would encourage them to try different ales.

Tony Jerome, Head of Marketing for CAMRA and a founding member of Cyclops Beer said

“A number of breweries are clearly missing an opportunity to sell more real ale. We know that many drinkers are put off by not knowing what beer tastes like and Cyclops Beer tasting notes addresses this problem by providing clear descriptions which can be displayed at the point of purchase. Cyclops Beer descriptions are easy to understand and should be used more widely, not just on websites but on the bar where drinkers are sometimes faced with a baffling decision about what to choose.”
Tony Jerome, Head of Marketing for CAMRA and a founding member of Cyclops Beer

The number of breweries producing real ale is increasing with 187 starting brewing over the last 12 months. However beer sales are still declining and pubs are closing down as they become unviable.

Information at the point of sale in pubs is key to encouraging trial of real ale and Cyclops Beer is proving to be invaluable in helping drinkers to find their way around the myriad of tastes and styles within real ale. Cyclops Beer tests real ales submitted by breweries and produces tasting notes and indicators of bitterness and sweetness and ABV to help drinkers make informed decisions about real ales. To date 1563 beers have been accredited by Cyclops Beer.