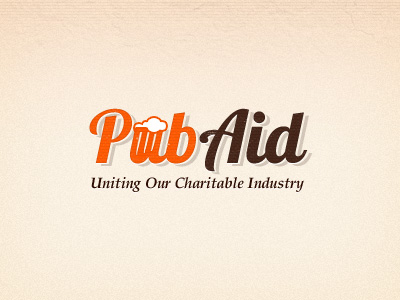 British pubs raise millions for charity in the last year

CAMRA, the Campaign for Real Ale, in association with PubAid, launched the ‘Pubs & Charity’ month at the beginning of July and announced new research that shows British pubs raised more than £106 million in the last year for different charities. This is an average of £2,742 per pub.

In a study conducted by CGA on behalf of CAMRA and PubAid, results showed that 85% of pubs were actively raising money for charity and despite tough economic times, funds raised annually by pubs had increased by nearly 5% since 2010.

CAMRA’s ‘Pubs & Charity’ campaign encourages pubs to organise charity events throughout July and promote the amazing work they do to the media and their communities. Pubs sometimes get unfairly blamed for anti-social behaviour in villages, towns and cities and this campaign aims to help raise the profile of the British pub.

In a separate independent survey commissioned for CAMRA and PubAid by TNS, research showed that more people would use their local pubs if more charity events were organised. 21% of all adults agreed with this statement but it was an amazing 32% of young adults aged 18-24 who said they would use their local more regularly if more events supported charities.

CAMRA has issued around 7,000 free promotional packs to pubs to help them advertise what they have planned for July. This campaign will not only benefit charities but also encourage more people to support their community pubs, which is important at a time when 26 pubs are closing every week.

“CAMRA and PubAid feel it is time British pubs got the recognition for the amazing funds they raise for numerous charities across Britain. Pubs can get unfairly blamed for a lot of anti-social behaviour but often the alcohol that has led to these problems has not been drunk in pubs.”

“The pub industry has been struggling in these tough economic times but our new research shows all parties win if pubs run charity events. The charities get important funds, pubs get busier and the locals get some fun events to attend. We hope everyone will encourage their local pub to participate in July’s ‘Pubs & Charity’ month and the community will support these activities.”

Des O’Flanagan, one of the co-founders of PubAid, said:

“What other industry can demonstrate such generosity and selflessness in this economic climate. These results should act as a reminder that pubs are very much part of the fabric of our community and make a meaningful contribution”.

“The PubAid team is dedicated to combatting the areas of the press and perception from some corners that view pubs as only having a negative contribution to society. We do this by sharing the work that pubs do for charitable causes. The contribution of licensees and their customers is made even more amazing if you consider the financial pressure licensees and consumers are under at the moment”.