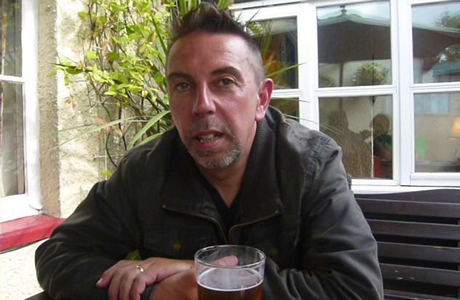 The International Brewing Awards has appointed award-winning beer writer Adrian Tierney-Jones to compile a history of the competition, which dates back to at least 1886.

Tierney-Jones, a history graduate as well as a successful beer writer, has been engaged by the competition organisers Brewing Technology Services (BTS), to research the Awards. He will be liaising with the many brewers who have won medals and trophies in the International Brewing Awards, both in the UK and internationally, to piece together the competition’s complete history.

“We are delighted to have Adrian on board. He is a talented writer with an evident passion for beer and a sound grasp of its historical context. We are confident that he will be able to fill in the gaps in our knowledge and create a comprehensive and engaging record of the competition.

“The International Brewing Awards are, we believe, the oldest international brewing competition. They deserve to have their history charted and preserved for the future and we’re looking forward to reading the final result, which we aim to complete before the next competition in February 2015.”

“Having been present at both the 2011 and 2013 awards and been extremely impressed by the dedication of the judges and the excellence of the beers that they pick, I am really excited to be given the chance to dig into the history of this venerable competition.

“It will be a tale of magnificent beers, larger than life characters and the changing face of brewing and beer, all drawn out over three centuries. I do not know everything that I will discover yet but that is just part of the great excitement of researching this project. I’m raring to go!”

The International Brewing Awards 2013 were held in February this year, awarding 96 medals to beers and ciders from 45 countries. The competition returns to Burton-upon-Trent in February 2015, with entries opening on 1st August next year.