Warning: Use of undefined constant WOOCOMMERCE_VERSION - assumed 'WOOCOMMERCE_VERSION' (this will throw an Error in a future version of PHP) in /homepages/45/d105105863/htdocs/live_craftbeersorguk/wp-content/themes/inovado/functions.php on line 405
 Bru Haroo! – London Pale Ale
Call me: (+44) 7880 737515

Always happier to have a 500ml bottle – so from the outset was annoyed by a mere 330ml serving. I find with great beers it can sometimes take half a bottle before the true depth of flavours shine through – before my palate adjusts and really gets familiar with my new found liquid friend.

Well it had a very satisfying gloopy pour into the glass – already a good sign. I was however getting earthy and metallic aromas – which weren’t actually off-putting and made me dream of Victorian London.

The taste was great – real sharp fruity hoppiness all rolled up together with a crisp bitter edgy finish. It also had a real fizziness to it that helped elevate the flavours beyond their known limits and also helped to create a really refreshing craft brew.

Unfortunately on this occasion the meagre allowance had been spent and I was left wanting. 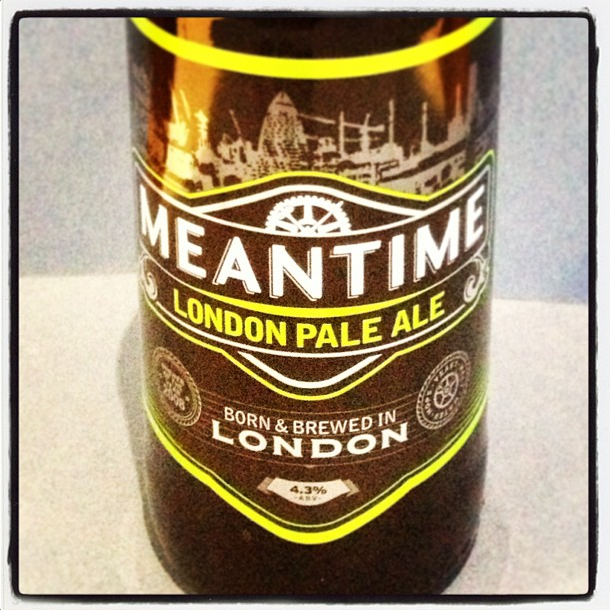 One hundred and fifty years ago the new bitter beer style, Pale Ale, was so popular that brewers had to import Californian hops to meet demand. Meantime London Pale Ale continues that tradition by combining lots of American Cascade and Centennial hops to give it a complex citrus aroma and buckets full of local Kentish Goldings to provide the bitterness that makes the style so refreshing. Together they conspire to assail the nose with a complex, heady mix of spearmint, grass and ‘hop sack’ aromas, fruity citrus flavours and a bitter finish that makes pale ale drinking a truly rewarding experience.

Pale Ale should be drunk alongside foods that either have a bit of bite, such as mature cheese, penne arrabiata, or a bitter-leaf salad, or have a bit of body, like piping hot cannelloni,steak and kidney pie, and, of course, curry