Warning: Use of undefined constant WOOCOMMERCE_VERSION - assumed 'WOOCOMMERCE_VERSION' (this will throw an Error in a future version of PHP) in /homepages/45/d105105863/htdocs/live_craftbeersorguk/wp-content/themes/inovado/functions.php on line 405
 Bru Haroo! – Finestkind IPA
Call me: (+44) 7880 737515

This was one of those pioneering beers that really got me into Craft Beer. I’ve always enjoyed good beer and stayed away from the mass produced rubbish – but when I first came across this in a small fridge in a local off licence near Jackson in New Hampshire and had my first sip shortly afterwards – something changed – it was like my taste buds had awakened. A similar sensation to when I first got glasses and suddenly everything sharpened and came into focus!

Of course that was quite a few years ago now – and there have been several similar and equally good beers produced and drunk since – but this was my first really exciting American craft IPA – I have to give it 5 stars!! 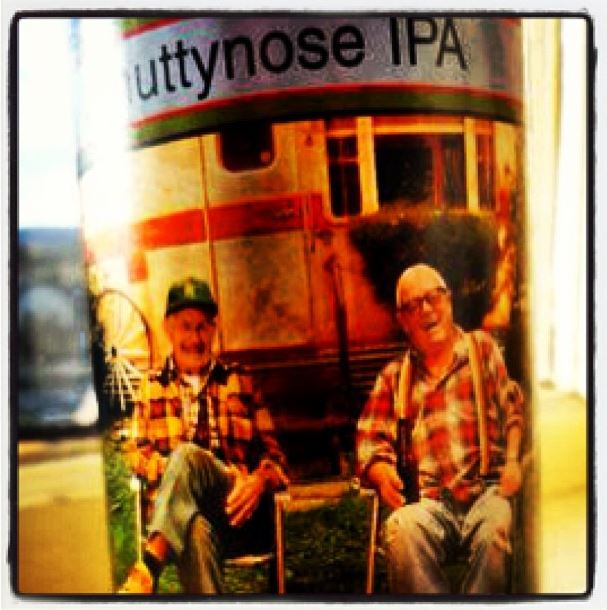 Portsmouth is a colonial era seaport town, so it goes to follow that sooner or later we’d brew an India Pale Ale as a tribute to those big, hoppy 19th century ales that made the long sea voyage from England’s temperate shores, ’round the Cape of Good Hope, to the sultry climes of the faraway East Indies.

But there’s another reason we brewed this beer, one that’s closer to our home and hearts. Hopheads.

In 1994 we brewed our first batch of Shoals Pale Ale, our American interpretation of the traditional British ESB (Extra Special Bitter) style. At the time, it was widely considered to be darned hoppy. However, a funny thing happened over the last decade – our Shoals Pale Ale didn’t change; beer lovers did, and we started to hear more and more: “Why don’t you guys make a really hoppy beer?”

You could say, then, that Smuttynose IPA is a physical salute to the glory of the American hop grower. The citrusy hop flavor coming from a mixture of Simcoe and Santiams is pleasantly balanced by a smooth bitterness from the Amarillo hops. The beer itself is light bodied and crisp with a golden color that will throw a slight haze, as we bottle it unfiltered. At 75 IBU’s, this is definitely not a training-wheels IPA, but is meant for hop lovers looking to satisfy their craving in a way that’s not easy to find. We think they’ll be quite pleased.

Our IPA is dry-hopped and unfiltered. The lees (sediment) that form on the bottom of the bottle are a natural part of this fine ale.