After a hot afternoon in the sun watching the Surrey cricket team get hammered by Warwickshire – it was time for some shade, consolation and refreshment.

I wandered to the King’s Head in Guildford which has a good selection of Ales on tap – including many from the Fuller’s stable. I thought I would try the Evolution India Pale Ale – because I’m a fan of IPA’s and a fan of hops – and it claims to be both of these!

In the glass – it was much lighter than most IPA’s – but the flavour and aroma didn’t disappoint – lovely citrusy and marmalade rich sweetness followed by good old strong hoppy bitterness – all perfectly balanced and extremely drinkable.

I’m certainly keen to try more of their beers after this one. They are now located where Surrey Hills Brewery used to be before they relocated to Denby’s in Dorking. So are making good use of a vacant space! 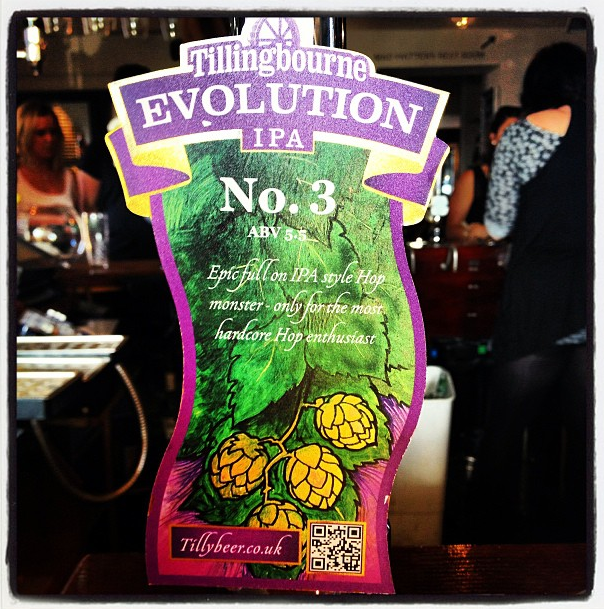