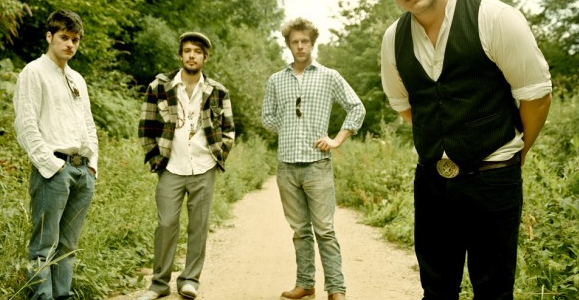 Jumping on the “BANDwagon” and following the steps of Madness and Bruce Dickinson from Iron Maiden, Folk band Mumford & Sons have helped create a new craft beer with the oldest independent brewery in Sussex, England.

The Lewes Stopover Brew, a 4 percent craft beer, is described as a ‘soft golden ale’ and is made with Fuggle and Golding hops.

The band stopped by local craft brewer Harveys of Lewes ahead of the Lewes music festival they’re headlining later this month to help develop the craft beer which, will be sold exclusively at the two-day event.

Gentlemen Stopover Lewes runs July 19th to 20th and will also feature performances from Vampire Weekend and The Vaccines amongst others.