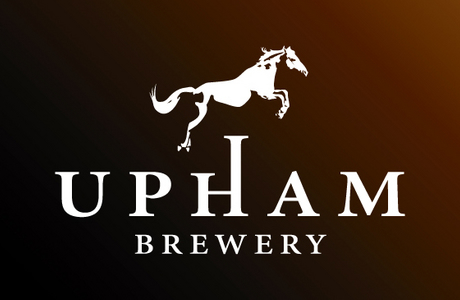 Hampshire-based Upham Brewery is continuing its incredible rate of growth, which has seen sales increase by more than 200% over the summer, as supplies of its latest seasonal craft beer have sold out in record time requiring the brewery to dramatically increase production.

To celebrate the festive season Upham, which also produces Punter, Stakes and Tipster ales, has created a special seasonal brew aptly named Winters T’Ale. Since launching the ale at the end of October it has proven so popular that Upham have had to double production levels to meet the demand.

Upham, who only officially opened their new brewery earlier this year in April, already have their ales stocked in 250 outlets across the south of England and hope to create 500 jobs for the local community over the next couple of years as they continue their expansion. The brewery also owns seven pubs across Hampshire, Berkshire and Wiltshire and hopes to increase its portfolio to around 20 in the next few years.

Winters T’Ale, which is made from 100% English sourced ingredients and is already stocked in 30 outlets, combines a blend of toffee apples and marmalade, citrus and candied peel from British Admiral Hops to create a truly festive aroma. The addition of Rye Crystal Malt also gives the ale its distinctive Ruby Red colour to add that extra festive touch.

Winters T’Ale is the first creation from Head Brewer James Stephenson, who joined the Upham Ale Company in August after 20 years at Charles Wells and then Wells and Young’s, where he spent five years as Head of Production before becoming Head Brewer and Head of Quality. For his first creation, James has taken inspiration from the autumnal colours of the Hampshire Downs and used only English ingredients.

“We’ve been working hard to create just the right balance of flavours for a Christmassy feel so it’s been amazing to see just how popular Winters T’Ale has been and to receive such great feedback. My feet have hardly touched the ground since I came here, things are moving so quickly that we’ve pretty much had to increase production on a weekly basis.”

“Such is the popularity of Winters T’Ale that it will now be used in food as well as behind the bar. Upham Brewery is teaming up with local producer and co-member of Hampshire Fare, Parsonage Farm, to create Winters T’Ale sausages, which will be made with Upham’s seasonal ale to produce a truly festive sausage. This follows Parsonage Farm’s sell out Stakes and Thyme Salami, Burgers and Stakes and Onion Sausages, made using Upham’s premium ale, Stakes.”

“Collaborations with local producers such as this are very important to us, and it’s something we want to develop further. Building these relationships simply enhances the value of Hampshire by producing something truly local, and creating a sustainable and supportive environment for business growth.”