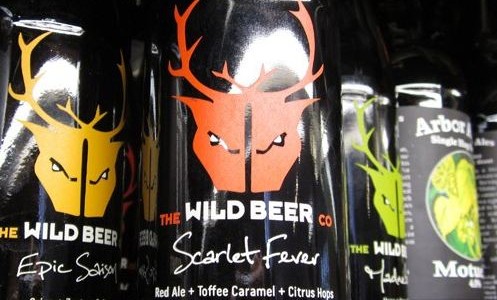 The Wild Beer Co will be taking some of their craft beers and ales to Brussels at the request of the European Parliamentary Beer Group.

The brewers, along with Ashcott’s Ordnance City Brewery, are among a group of brewers from the region who are set to represent the south west at the Members of European Parliament (MEPs) Christmas conference.

Holly Frampton, of Ordnance City Brewery will be driving to Brussels in a van loaded with beers from across the south west. She will meet up with Bret Ellis and Andrew Cooper from Wild Beer and they will present their ales.

In a statement, the MEPs said:

“The group’s objectives are to promote the wholesomeness and enjoyment of beer and the unique role of the pub in UK society; to increase understanding of the social, cultural and historic role of brewing and pubs in the UK and their value to tourism; to broaden recognition of the contribution of brewing and pubs to employment and to the UK’s economy; to promote understanding of the social responsibility exercised by the brewing and pub industries; to support the UK’s brewing industryworldwide; and to promote a positive future for beer and the pub.”
Members of European Parliament .
Ordnance City BreweryWild Beer Co