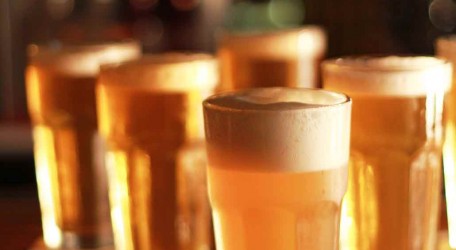 According to Mintel statistics from America, craft beer appeals to 49% of millennials and 40% of genXers.

With this significant shift in the demographic of craft ale drinkers, inclusive social media marketing has never been more important or relevant.

A recent campaign by Scottish brewers BrewDog caused quite a stir on social media. The mischievous brand sought to create the world’s first crowd-sourced beer. Twitter users were asked to Tweet using #MashTag to vote on the ingredients, the hops even the label.

The campaign was a great success and resulted in a myriad of Tweets, 5,000 votes and coverage across the net with the story also being widely reported in America – giving the brand global reach.

But why was this so successful? Simply because the brewery was being inclusive. There are millions of beer bloggers and ‘experts’ across the globe. By handing over the power to the consumer you generate conversations, loyalty and brand advocacy.

Craft beer marketing and importantly sales have got some of the big corporate breweries sitting up and listening. With overall mass marketed beer sales down in 2012 and the craft industry results heading in the opposite direction could the big boys learn a thing of two from the likes of BrewDog and the host of craft breweries tapping into social media?

According to figures published in Marketing Week:

“Volume sales have fallen for the eighth year in a row in the UK with 381 million fewer pints drunk in 2012, according to the British Beer and Pub Association. By contrast, over 2,000 of the country’s pubs and clubs have added a craft beer to their stocklists over the past year and supermarkets are offering increased shelf space, according to CGA Strategy. Sales of boutique beers such as Blue Moon and Doom Bar are set to grow 43 per cent by 2015, the insight firm adds.”
Marketing Week

So worried are Molson Coors and SAB Miller that they have been buying smaller US craft breweries but continuing to market them as ‘craft’. This has caught the attention of some beer aficionados who are eager to expose these crafty marketing tactics.

And their marketing efforts don’t stop there. This week saw the launch of the TV ad to support a joint venture between the big boys. ‘Let there be beer’ aired during the weekend’s British Lions tournament and is supported by a Facebook community currently standing at 45,000 (a number that doesn’t seem genuine). The intention of the campaign is to get more people drinking beer, which is indeed a noble cause – and also includes the involvement of some smaller breweries. However a quick read though the comments show that no matter how much money you throw at a social media campaign if you’re not genuine it won’t work. To say the campaign has got a lukewarm reception on social media channels is an understatement.

The overriding message the communities are sending back to the big brewers is – produce beer that tastes great and be genuine and authentic.

Consumers want taste, authenticity and a connection to the brand they choose. This is something the big boys, no matter how much money they throw at marketing, can not simply replicate.

Smaller brewers using social media are building genuine communities of beer fans. It’s obviously a cheaper and more accessible form of marketing than huge billboard or TV advertising and building a brand up through grassroots level creates brand advocates who want to share the delights of the latest brew.

Some great examples of how craft brewers are connected to their communities comes from a group of American brewers.

Eight brewers from across Colorado have come together to help a family re-build their home after a devastating fire. Each brew house will donate a percentage of sales of their ‘House that Beer Built’ ale to the fund.

This just shows how smaller brewers can be more nimble and in-touch with their customers and communities. Needless to say this initiative has gained good traction across social media and provides endlessly positive content for the project and brewers a like.