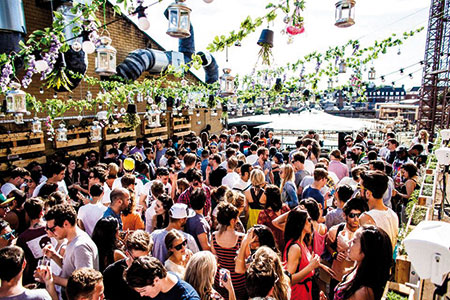 A total of 187 new craft beer breweries started up in the UK in the last 12 months, according to the Good Beer Guide 2014, released by the Campaign for Real Ale (CAMRA) today. This brings the number of regularly brewed British beers beyond a staggering 5,200.

“There has been a boom in the growth of breweries over the last 12 months, resulting in a total of 1,147 breweries now producing beer in the UK — and with more breweries comes greater choice for the drinker and more opportunities to buy locally produced brews.”
Roger Protz, Good Beer Guide Editor

Breweries have popped up across the UK in the most unusual of places, from a beer brewing pizzeria (Crate Brewery in London) to a transformed Dairy Farm (Malt Brewery in Prestwood, Buckinghamshire) and a converted school outbuilding (Old School Brewery in Warton Lancashire).

One area which has seen astonishing growth in the last 12 months is London, with the number of breweries inside the M25 doubling in the time between the 2013 and new 2014 guide, with 23 new breweries opening.

And one former London brewery brand is due to go back in to production. Once the second largest brewery in the UK, the old Truman Brewery, in Whitechapel, closed its doors in 1989, but the brand has been given a new lease of life with the grand opening of the new brewery taking place this week and beers due to hit bars across the capital in coming weeks.

Another area which has seen above-average growth is West Yorkshire, with eight new breweries taking the county’s total to a whopping 57 — the highest of any region in the UK.