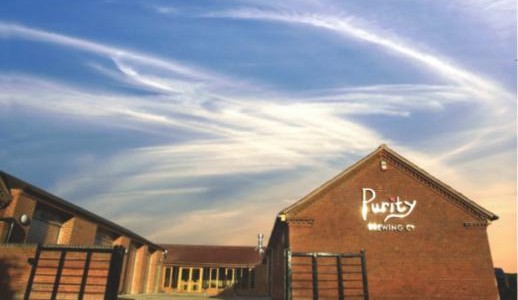 Purity Brewing Co will this weekend open its new, state-of-the-art £1.5m brewing facility, which will be crucial to helping the company meet its ambitious growth plans.

The semi-automated Braukon brewing system, which was imported from Germany, will allow Purity to produce the equivalent of 140,000 pints of beer a week, a 150% increase compared to the facility it replaces.

The brewery will be formally opened by SIBA Chairman, Keith Bott, during a launch event on Saturday 14th September. Invited guests will also have the opportunity to tour around the facility.

Last week, Purity announced the launch of a new beer, Longhorn IPA (5% ABV), which will its first ever keg craft beer. Longhorn will be available for order this autumn and joins Purity’s existing range of beers, Pure Gold, Mad Goose and Pure UBU.

“The new brewery is a major investment and will allow us to compete with some of the most well-known real ale brands.

“The brewery opening, along with the launch of Longhorn IPA, is the start of a crucial period in Purity’s drive to become a truly national brand. We have ambitions to expand our sales into parts of the UK where we currently have no presence.”